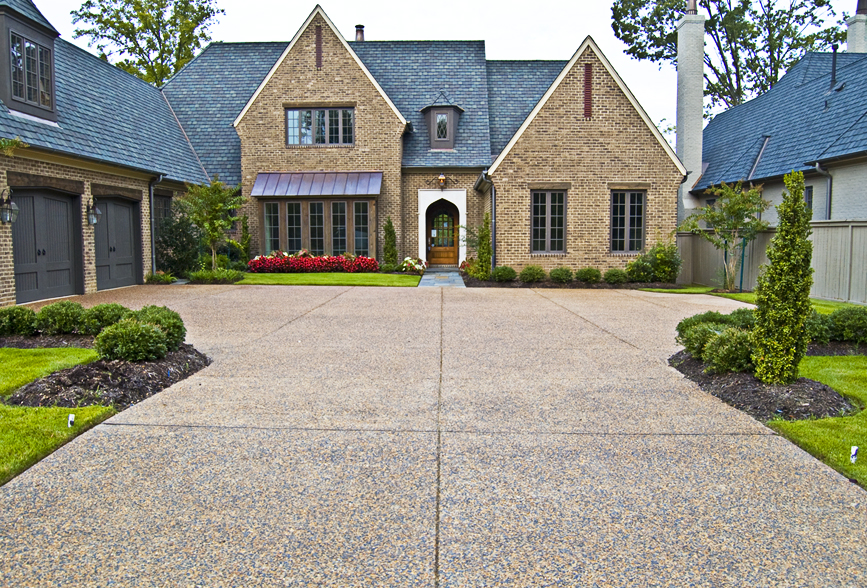 Reinforced concrete is barely a hundred years old, and engineers are still refining their assumptions of its properties. Yet some contractors (even large governmental agencies) have not changed their methods in the past 30 to 40 years.

Anyone who works with concrete knows that steel reinforcement provides tensile strength. But even experienced builders and designers commonly overlook an obvious consequence of this fact. Rebar must extend into concrete deep enough to develop that tensile strength. Instead of pulling out of the concrete, the bars will start to stretch.

Problems commonly arise at points where rebar changes direction and at intersections. Take, for example, a corner in a footing that has two horizontal rebars. Workers often place the outer bar wrapping around the outside of the corner, which is correct. But then they wrap the inside bar around the inside of the corner, losing a few essential inches of development length. Inside bars at corners should cross, run past each other, and extend toward the far side of the footing.

Straight reinforcing bars can develop sufficient bond if they extend far enough into the concrete. When they don’t have thick enough concrete (such as at a wall corner or at a T-intersection), a hook at the bar’s end may substitute for the lack of available embedment. If a perpendicular bar is placed inside the hook, it spreads the force to a greater area of concrete. (Usually there is a whole row of hooked bars, and a single bar can run through all of the hooks.) We like to see a bar inside the bend at any change in bar direction.

Sometimes the tail of a hook may not fit where it’s shown on the plans. Usually you can rotate the tail of the hook to clear obstacles. As long as the hook extends into concrete to develop sufficient anchorage, it’s doing its job. You should check with the designer first, though. Sometimes hook tails need to lap with other bars.

Nuisance cracking in concrete has two major causes: shrinkage during the curing process and thermal expansion or contraction due to temperature swings. Generally, shrinkage is caused as the water in the concrete gradually dissipates. As much as one-third of the water, or 5% of the total volume of the concrete, can dissipate.

The strongest concrete uses only enough water to hydrate all of the cement in the mix. Excess water leaves space in the concrete when it evaporates, making the concrete less dense and therefore weaker. (Lost water affects the concrete’s structure on a molecular level, unlike the tiny bubbles that are left in air-entrained concrete.) But strong concrete is worthless if you can’t place it, and getting good workability requires more water.

Good workability means that you can consolidate the concrete around reinforcement and into corners by vibration. It does not mean that the concrete flows there by itself. If I overhear concrete workers complaining about how hard it is to work the mix, I know it’s good concrete.

Reducing the amount of water in the mix also makes the cured concrete less permeable to air, water, and salts. Although air seems harmless, the carbon dioxide it carries can react with water in a process called carbonation. In carbonation, water and carbon dioxide combine to form carbonic acid, a weak acid. Over time, enough acid lowers the concrete’s alkalinity to the point where steel corrodes much more readily. Using a drier mix and consolidating it well can forestall carbonation for a long time.

Concrete slabs need to have a firm, even, well-compacted substrate, which begins with properly prepared original ground. Remove all sod, stumps, roots, other organic matter, large rocks, and wet, mushy soil. The soil must be compacted thoroughly and evenly. If you have unstable soil, plan on hiring an engineer or ending up with a cracked, buckled slab.

Placing gravel, crushed rock, or sand before pouring the slab makes an even surface to receive the concrete. As the concrete shrinks, the slab edges want to slide toward its center. A smooth surface of sand makes it easier for the concrete to slide, reducing its tendency to crack.

A layer of sand or gravel also creates a capillary break between the ground and the slab. Sand still wicks some water, so we usually recommend placing a vapor barrier on top of it. You should compact any sub base material well and dampen any exposed areas just before pouring the slab.

Steel rebar and wire mesh both serve the same function: They add structural reinforcement to the concrete. Rebar is only slightly more expensive than mesh but easier to keep centered in the slab. If mesh is properly placed, it should do just as good a job of strengthening the concrete as rebar.

Reinforcement should stay centered in the slab and not trip concrete workers as they move about. However, if the reinforcement is wire mesh, there’s no way to avoid trampling it while placing the concrete. So the mesh gets embedded in the sand beneath the slab. Although it’s not impossible to keep the mesh centered uniformly in the slab, it is difficult.

Placing a grid of #3 rebar at 18 in. centers provides adequate slab reinforcement and places for nimble feet to step. Supporting the bars on metal “high chairs” or precast concrete cubes (“dobies” where I live) keeps them in proper position as concrete is poured over them. The cost difference between mesh and rebar is almost negligible, and the reinforcement ends up where it belongs.

For the latter, chopped fibers of polypropylene, nylon, steel, glass, palm fronds, or the like may be added to the concrete mixture. Because the fibers are automatically distributed throughout the concrete during mixing, there are no concerns about proper placement. For most slabs on grade that require no structural reinforcement, fiber reinforcing can be placed in the mix at the batch plant.

Builders always want to hurry to strip the forms, but leaving them in place a few days holds the moisture in the concrete. A week of wet curing would make any engineer happy. Keep the concrete wet by covering it with plastic or wet burlap, or with spray from a fog nozzle. Slabs can also be flooded. Curing compounds that seal in moisture when sprayed on concrete are available.

For further information, the American Concrete Institute publishes several references and the model code, ACI 318-89. The Aberdeen Group offers several publications and references intended for contractors and builders. “Design and Control of Concrete Mixtures” by the Portland Cement Association offers 200 pages of information including mixing, placing, finishing, and testing.

To lap or cross rebar, we used prelooped wire ties. Commonly available in lengths of 6 in. and 8 in., the latter are handy for tying together pairs of #4 or #5 bars. A bag of 5,000 8 in. ties costs about $45 and will last for several residential-size foundations. Wire is also available on spools, but we find that less convenient.

The simplest tie requires merely bending the tie diagonally over the bars and, using a tool called a twister, hooking the loops and spinning the wire. Over twisting the wire wills imply break it. (The wire adds no strength or integrity once the concrete has been placed.) The twisted wire is then wrapped around the bar so that it doesn’t extend toward the exterior surface of the concrete. The wire might rust if it remains exposed to the elements or could lead water into the embedded rebar if exposed below grade. Incidentally, spools of wire are also handy for hanging the rebar at a consistent height in the footings. Because the footing is covered later by the waterproofed foundation wall, the wire is never exposed to the elements.

In addition to solving problems related to shear or tension, rebar is also specified for shrinkage control of concrete. Because the water in poured concrete is lost by evaporation as it cures, concrete shrinks in volume. Rebar doesn’t prevent shrinkage but binds both sides of the eventual cracks into a single wall plane.

According to Val Presto, a structural engineer from Harvard, Massachusetts, “This shrinkage will result in 1/16-in. to 1/8-in. cracks at about every 20 ft. at the top of an unreinforced wall. Add more water to the concrete, and you get more shrinkage – cracks that are perhaps every 10 ft. to 15 ft. – and the concrete is weaker. Horizontal bars will minimize the cracking by causing multiple fine line cracks instead.”

Prest also says, “Temperature and shrinkage-designed steel for the average 10-in. thick residential foundation is commonly spaced on 12-in. centers, or every 10-in. horizontally for #4 bars and every 15 in. for #5 bars.” For horizontal placement in wall forms, we almost always tie rebar to the tie rods (or form ties) that hold the outer and inner concrete formwork together. After the concrete subcontractor sets up the outer wall and pushes the tie rods through, we place the steel on these tie rods and wire the rebar to them. The verticals are tied to the horizontal bar and to U-shaped dowels in the footing.

Although steel is specified for its temperature and shrinkage control, Prest says, “ninety-nine percent of the time, steel is designed for shrinkage, not temperature.” Some exceptions would be bridges, concrete roadbeds, and large retaining walls built on highways exposed to direct sun.

A crucial part of proper driveway design is making sure the materials below the concrete are adequate. The first 6 in. to 8 in. of material directly below the concrete is the base. The sub base is the soil 8 in. to 12 in. below the base, and the sub grade is usually the native or naturally occurring soil below the sub base. The design thickness of each layer    depends on the soil being built on. Acceptable natural soils such as sand and gravel let moisture drain. If the sub grade consists of this type of soil, then it can be compacted to serve as the base and sub base, and more excavating and filling are unnecessary.

However, if the sub grade is clay, peat or fine-grained silty soil that holds moisture and drains poorly, removal of up to 20 in. of sub grade solid might be necessary, depending on the support value of the soil. If you have doubts about the soil characteristics in your case, it’s worth hiring a soils engineer to do an evaluation.

Temperamental is a literal description of concrete. Temperature, along with humidity, influences the pour more than any other factor.

When it’s hot, and the humidity is low, every minute is important. If you spend time fussing around, when the last wheelbarrow of concrete is finally off the truck, the first section of floor you placed will probably be hard enough to walk on.

Here are some strategies that help in hot weather:

When the temperature is cool, concrete initially reacts in slow motion. After the slab is placed and the bleed water slowly evaporates, you’ll wait hours for the slab to tighten up enough to start hand troweling. When it’s finally ready to be troweled, you’d better be there because that window of opportunity for finishing doesn’t stay open much longer on a cool day than it does on a warm day.

Here are a few cool-weather tips:

When the temperature is cold, a whole new set of rules comes into play. Concrete cannot be allowed to freeze. That tender, finely finished surface you just troweled on the slab will turn to mush if it’s allowed to freeze. Fortunately, the chemical reaction that takes place when concrete hardens generates heat.

Here are some strategies that help in a cold-weather pour: